Assessing the Role of Government 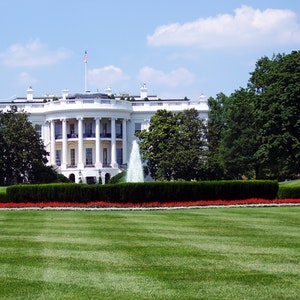 Financial Planners | Recently, President Trump bemoaned the inconveniences of low-flow toilets, showers, dishwashers and energy-efficient lightbulbs – all implemented in the wake of government regulation aimed toward conservation efforts. Read further to learn more about Assessing the Role of Government…

One issue in the political divide between parties is disagreement about the role of government in the economy. When Congress passes legislation or the administration’s Cabinet departments impose new rules and regulations, that, in turn, can cost American businesses money in their efforts to comply. This, in turn, may reduce profits, threaten the growth of jobs and expansion, and may reduce shareholder value.

However, the opposite side of the debate is that without government oversight, corporations may run afoul of consumer, employee or shareholder rights – not to mention the environment. In these instances, the government often steps in to pass legislation or adjust policies to restrict detrimental behavior or activities that impact people or the economy as a whole.

Our political system is designed such that neither political party holds control for very long, which serves as a check and balance for political ideas and policies. Keep this in mind when managing your own portfolio – particularly as we enter campaign season and approach November elections. It’s usually not a good idea to make alterations based on which political party is in power. We are here to help evaluate your options; give us a call if you’d like to sit down and discuss your financial outlook.

After the severe impact of the outlier economic downturn dubbed the Great Recession, in 2007 through 2009, Congress passed regulatory reforms designed to enhance the resilience of America’s financial system and make it less vulnerable to another crisis. However, since the recovery and ensuing strong economic growth, some of those “lender stress tests” have been relaxed both in the United States and abroad. Opinion columnist Elisa Martinuzzi, former managing editor for European finance at Bloomberg News, says that could be putting the world economy once again at risk.

In recent months, the Federal Reserve has pumped more money into the U.S. banking system via interest rate cuts and the purchase of $60 billion in Treasury bills each month through spring 2020 to bolster its shrinking balance sheet. The Fed’s infusion of money is credited with juicing the stock market and sending investor portfolios soaring back to record gains.

However, some people believe that the real market mover and shaker may be the American people. Whether by vote or consumer decisions about what to buy/view/support, the government and corporations are inevitably policed by the people, for the people – and how they choose to spend their money. | Assessing the Role of Government – Preservation Specialists, LLC