How the Russia-Ukraine Conflict Could Affect Americans 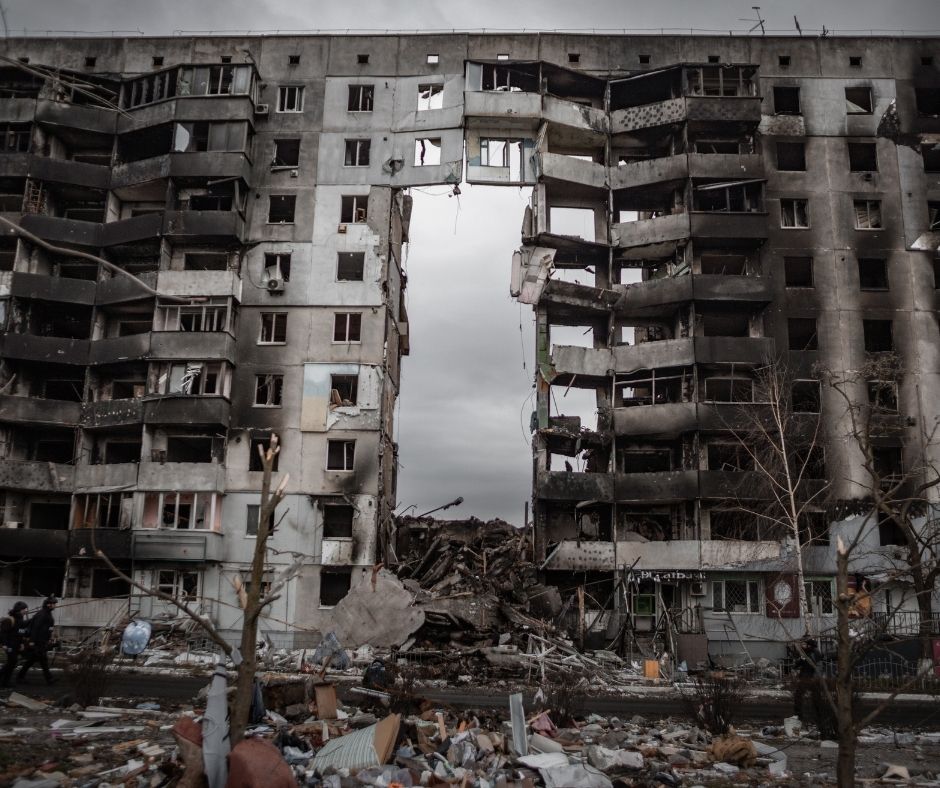 When Putin invaded Ukraine in late February 2022, President Biden announced sanctions targeting Russian banks, the country’s sovereign debt and Russian oligarchs, warning that Russia would pay an even steeper price if it did not cease its aggression.

In the early days of the conflict, European banks braced for the fallout. However, U.S. bank executives believe the industry will remain somewhat insulated from major disruption, having disengaged with the Russian financial sector in recent years.

In fact, real estate represents one of the weakest links within Russia’s kleptocratic system. Even members of Putin’s wealthy inner circle are not allowed to own property in the country, so they are heavily invested in real estate abroad — largely in the West, and largely laundered through offshore havens in the United States and United Kingdom. This is because they are the two major economies that permit anonymous company ownership.

When you see the hoops that oligarchs must jump through to retain millions in assets, it is a lesson for us in two ways. First, because the investment markets, real estate markets and global geopolitical conflicts are ever present and unpredictable, it is important to maintain allocations of both liquid and guaranteed assets. The second reminder is that as Americans, we are fortunate to have such a strong and reliable banking system, long-standing financial institutions, and a stringent supervisory system — by both government and business self-regulatory agencies.

As we watch the wealthiest among one of the world’s most powerful countries scramble to access their assets, remember that ours is a privilege we must never take for granted. If you would like to review the disposition of your assets and consider ways to make them more secure and accessible, please feel free to contact us.

With all of this said, the Russia-Ukraine conflict may affect Americans in varying degrees. For example, higher oil prices will slow economic growth and lead to even higher inflation. This, in turn, may motivate the Federal Reserve to accelerate its schedule for hiking interest rates. Should a full-scale invasion of Ukraine continue, there will likely be further disruptions throughout the global economy that will affect the United States.

One bit of good news is that the United States doesn’t trade much with Russia. However, there are still certain specific Russian exports, namely raw commodities, on which we do rely. For example:

Another threat is Russia potentially increasing its massively coordinated cyberattacks and influence campaigns in the United States. Penetration of our cybersecurity system could affect our power grids, hospitals, and local governments. In turn, the stock market would likely become even more volatile than in February, when the conflict began. While investment markets have priced in the effects of the pandemic, it is not prepared for a European war or attacks on our power grid, so the effect could be substantial.

It is important to note that Ukraine is basically a gateway to other European countries and, in effect, a buffer against Russian aggression. Should Putin succeed in taking over the country, his appetite could extend to smaller NATO countries, and the United States could bear the brunt of another world war.