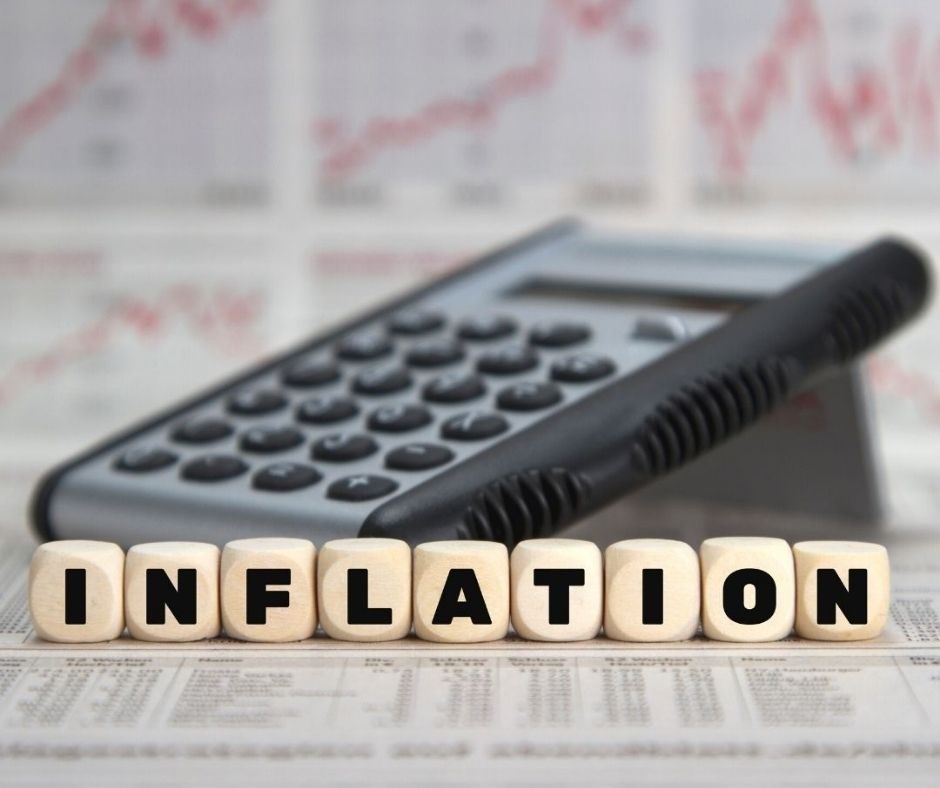 Historically, inflation has been highly correlated with unemployment levels. When more people were out of a job, inflation was lower. As more people got jobs, inflation increased. From an economic point of view, this makes sense. Jobs increase income, which increases spending, which increases demand — supplies drop and prices rise. The opposite is true when fewer people hold jobs.

That’s one thing that makes economic policy so difficult to set. It requires a careful balance of cause and effect, keeping in mind that what’s good for some portions of the population is bad for others. During periods of rising inflation, it’s important to monitor how it might affect us personally, from buying household goods to managing a portfolio. While economists are keeping an eye on the direction and momentum of rising inflation now, you may want to consider adding inflation-protection measures to your investment portfolio at some point. Contact us if you’d like to learn more about allocations to treasury inflation-protected securities (known as TIPS), real-estate investment trusts or commodities to help hedge the effect of rising inflation.

Currently, the federal funds target rate (which serves as the benchmark for bank interest rates) ranges from 0 to 0.25%. Previously, the Fed indicated that it expects to maintain a near-zero interest rate through 2023. The central bank targets an average inflation rate of 2 percent throughout time, so it appears not particularly concerned with the recent spike. In recent comments, Fed chairman Jerome Powell noted that the committee was monitoring “a broad range of financial conditions,” rather than focusing on addressing just one.

Besides, Fed officials expected inflation to increase as the U.S. economy reopened. The surge in prices is expected to be temporary, as it is simply a matter of a supply crunch after months of pent-up demand. It’s normal that prices for hotel rooms, rental cars, used vehicles, sporting events and restaurants will go back to their pre-pandemic levels. Once jobs, consumerism and inflation reach a level of normalization, the Fed will consider whether it needs to raise the target federal funds rate.

In terms of the investment market response, CNBC’s Jim Cramer observed that people expected high inflation due to stimulus and jobs numbers. As a result, when the numbers were announced the market didn’t panic – thus far it has taken the high inflation number in stride. Cramer went on to note that raising interest rates won’t solve all the problems that occurred last year. In many cases, only time can resolve them.

Likewise, time may resolve the current labor shortage, as restaurants and hotels struggle to find enough workers to fill open jobs. Additionally, the current strong economy could solve for the national minimum wage debate without the need to pass new legislation. For example, retailers Amazon, Costco and Target have all voluntarily increased wages to $15/hr or more to meet demand. This strategy follows the traditional economic principle of supply and demand, in which the only way to stay competitive in the labor market is to increase wages. After all, workers have to keep up with the rising costs of housing, childcare, food and transportation.

Speaking of childcare, after decades of working mothers in the labor market, it will be interesting to see if the rising economy also can address the problem of childcare. During the pandemic, more women than men left their jobs to stay home with children sidelined from schools and childcare centers. This phenomenon may continue until employers — or legislators — come up with a solution. It will be difficult for the American economy to advance while there are millions of unemployed women staying home because of trouble securing child care.

The pandemic also convinced twice the number of Baby Boomers to retire than the previous year. Raising wages and providing more childcare resources, paid parental leave and paid vacation time may be the only way to woo more people back into the labor force.