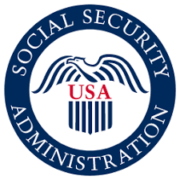 The Social Security Administration (SSA) recently announced a new cost-of-living adjustment (COLA) starting in 2021. Beneficiaries can expect a 1.3% increase in their income payouts next year, which is actually smaller than the COLA increase was for this year. For single households, that’s an average increase of about $20 a month; $33 for married retirees.

Among older Americans who work and also have begun drawing Social Security benefits, the earnings limit for those younger than full retirement age will increase to $18,960, which means the SSA will deduct $1 from benefits for every $2 earned above that amount. For those who will reach full retirement age during 2021, their earnings limit increases to $50,520. For this group, on earned income that exceeds the $50,520 threshold, the SSA will deduct $1 from benefits for every $3 earned (until the month the worker turns full retirement age). Once you’ve reached full retirement age — which is based on your birthdate — there is no limit; you can earn as much as you like without it impacting your Social Security benefits.

If you believe your future retirement income won’t be enough to meet your needs, give us a call. We can help identify potential retirement income gaps and create a financial strategy using a variety of insurance and investment products to help you work toward your long-term goals.

Unfortunately, more than 40% of retirees depend on Social Security benefits as their sole source of income. Without it, the number of elderly poor would increase by more than 200%. Furthermore, according to a study by the National Institute on Retirement Security, the program reduces other public assistance costs by $10 billion in a single year.

Among the nation’s population of more than 328 million, 48 million receive Social Security retirement benefits. That number that will continue to grow in the coming years as the large baby boomer population retires from the workforce.

While the SSA has warned for many years that Congress must act to make changes to the program before the Social Security Trust Fund is projected to be depleted (in 15 years), this is a sensitive issue often avoided during election years, which come around every two years. While some conservative politicians have expressed the need to reduce benefits to reduce the nation’s deficit, that’s not a popular stance. Other proposals include increasing the maximum income subject to FICA taxes, which fund Social Security benefits; raising the retirement age; or paying benefits only to lower-income retirees.