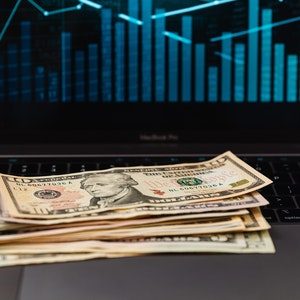 It is interesting to evaluate how various economic events throughout time affect different demographics. For example, the 2007-2009 Great Recession saw higher losses in male-oriented jobs, such as construction and manufacturing. The pandemic-induced recession of 2020 was quite the opposite, affecting women to such a degree that the event spawned the term “she-cession.”

There is no question that the COVID-19 pandemic has had a tremendous effect on a wide variety of sectors, leading to millions of job losses. What is remarkable is that while some industries – such as travel, hospitality, entertainment, and restaurants – have been sorely affected by the COVID-19 pandemic, others have gone largely unscathed. In fact, the quick transition from in-office work to working from home or hybrid working setup enabled some companies – and households – to save money. Couple those savings with a quick stock market recovery and impressive performance since the initial onset of the pandemic, and many Americans have flourished during this difficult period.

Regardless of whether your household has experienced negative or positive effects during the past year and a half, the pandemic has driven home a very important lesson: Be prepared. For many, having a three, six or 12-month emergency savings fund has been crucial to saving them from plundering retirement portfolios. Many investors have an impressive investment portfolio but few liquid assets. This is important – we can help you discover ways to remain invested but position certain assets to access if necessary. Contact us to learn more.

On the privileged side of the spectrum, Boston Consulting Group reports that in 2020, financial wealth worldwide reached a record high of $250 trillion. One of the biggest areas of growth was lending among investment portfolio brokerages. In other words, individual investors borrowed against their portfolios to spend money. As their investments increased, so did their securities-based loans or lines of credit. Be aware that this can be a risky endeavor, and that these loans generally cannot be used to purchase additional securities.

A recent study by the National Bureau of Economic Research (NBER) revealed that between 2001 and 2016, the top 1% of U.S. households increased wealth by 49%, from $7.7 million to $11.5 million. At the top of the wealth spectrum, 0.01% of wealthy Americans gained 40% of their wealth from corporate equity and another 29% from the pass-through businesses such as partnerships, limited liability companies, and sole proprietors.

That report was reiterated by the Spectrum Group’s newly released Market Insights 2021 Report, which found that the number of U.S. households with $1 million to $5 million in net worth (not including the value of their primary residence) increased by 600,000 in 2020. The number of households with a net worth between $5 million and $25 million increased by 324,000. And yet, despite these impressive increases in net worth, that same survey found that 30% of investors are still concerned that they may need to delay retirement.

Do you want to make sure that your finances are well-positioned, prepared for America’s ‘seesaw’ financial condition? Talk to any of our financial advisors today. Visit www.scpreservation.com now.